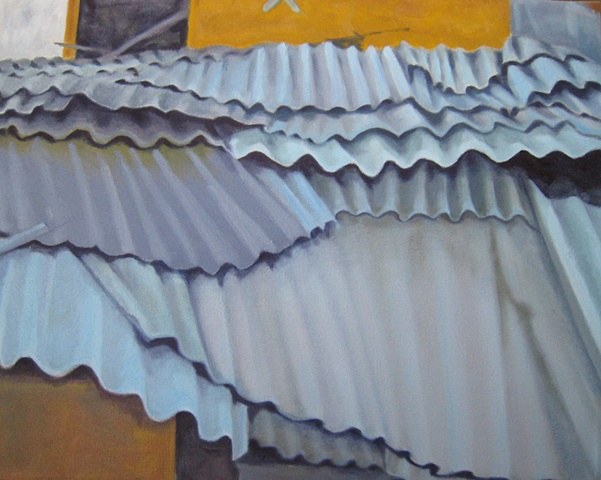 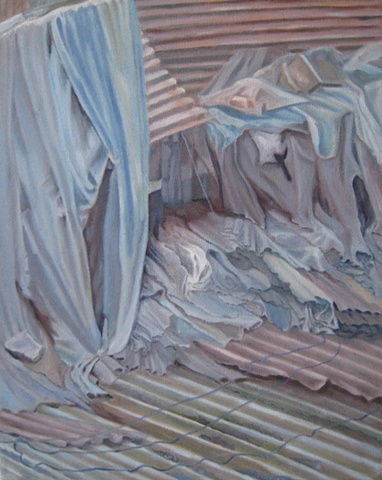 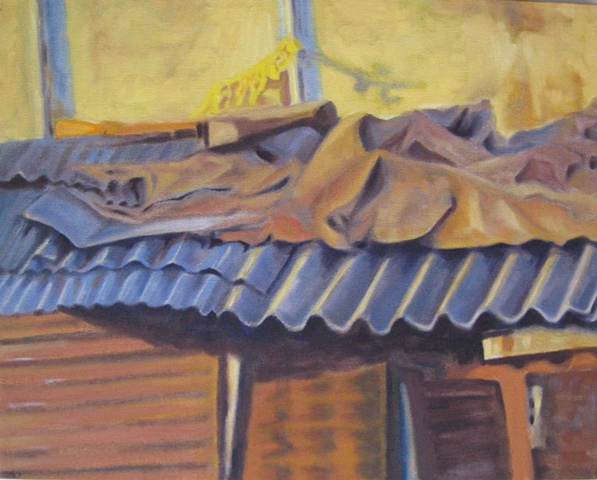 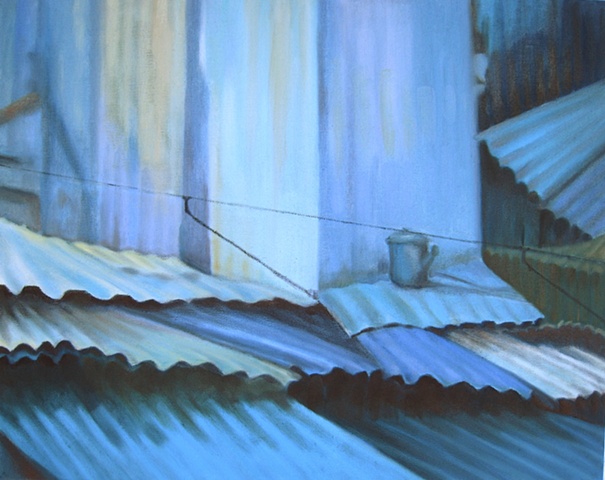 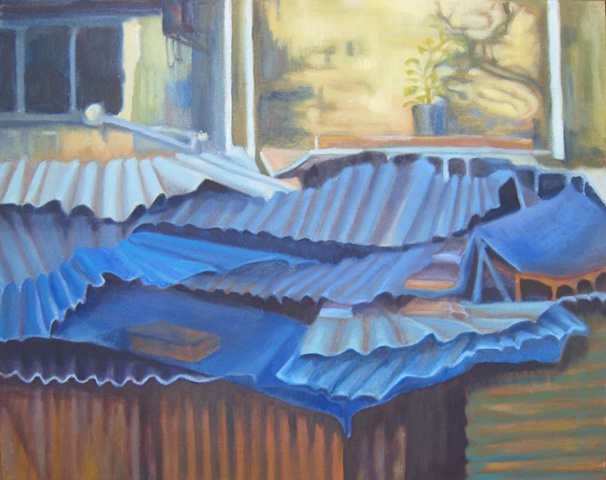 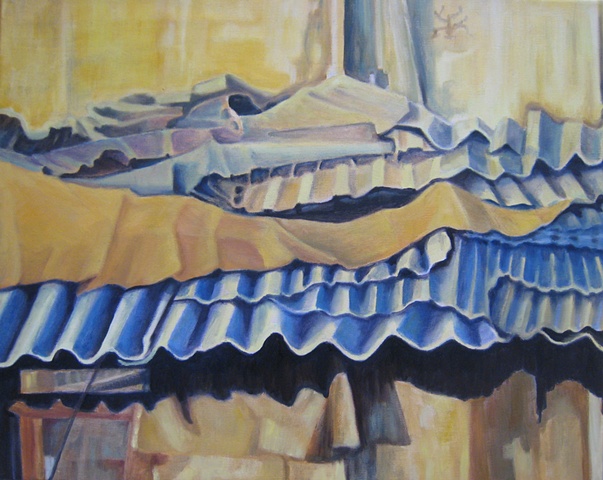 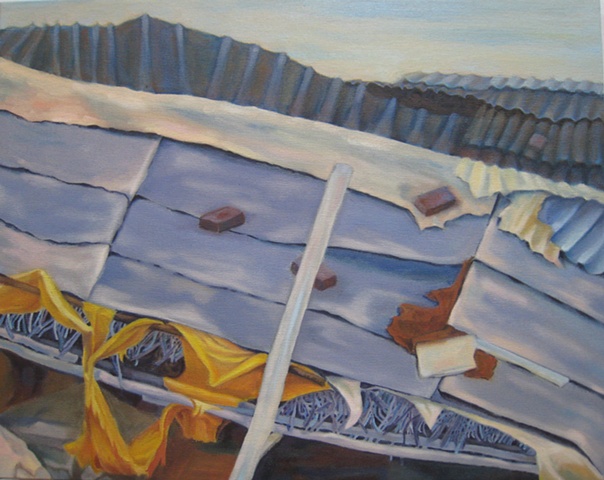 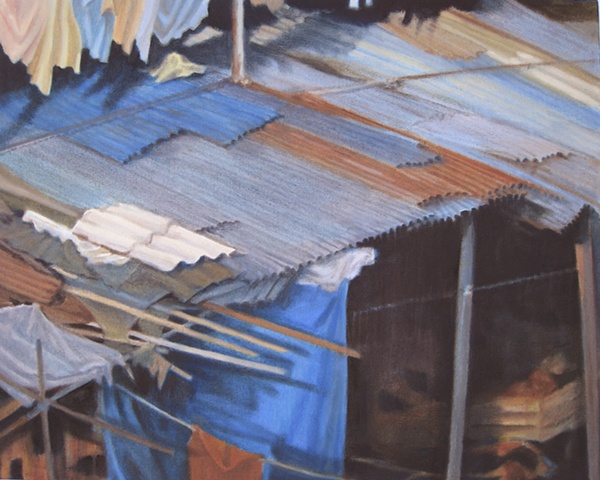 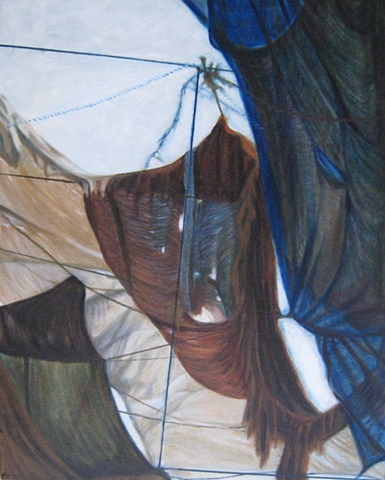 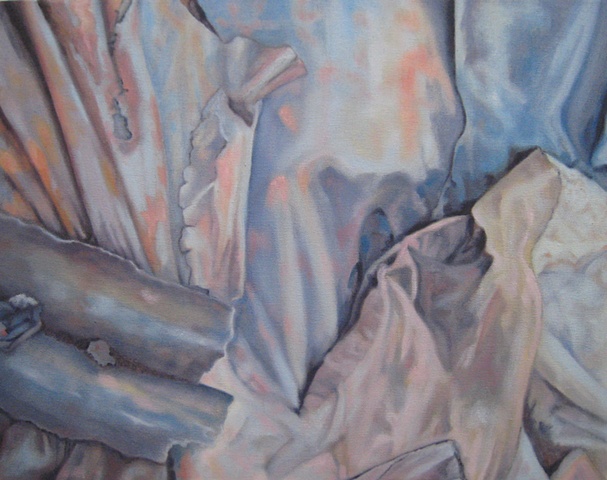 Passing the makeshift dwellings that make up the slums of Indian cities one expects to hear wailing cries of misery. Shockingly this is not the case. Sounds of children playing merchants selling and neighbors gossiping is not much different than the sounds found among any neighbors in close proximity. Once I found the sounds bearable it was easier not to avert my gaze. Lost in the raucous confluence of seductive colors and textures, pity for the inhabitants and guilt from my own relative affluence was replaced by wonder at the human spirit and ingenuity. Although I felt uncomfortable photographing the inhabitants of these bizarre makeshift metropolises, I found it impossible not to photograph their dwellings. Dwellings fashioned out of discarded tin sheets, scrape wood, heavy cardboard, fabric, reed, grass, bricks, plastic and tires all overlaying and tying into one another balancing and weighing material against material until shelter had been created. One morning from the window of my hotel located in a large strip slum within walking distance from the New Delhi airport I watched the dawn break over these roofs. I had witnessed a rare and beautiful sight, one that haunted me until I began to render these images in paint.